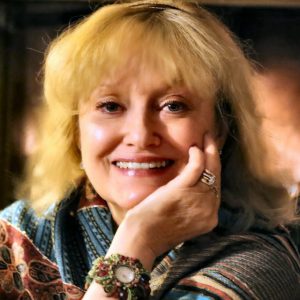 Author of seven books and a bevy of short stories and poems, Debra is the winner of Books and Authors best Native American Fiction, AllBooks Review Editor’s Choice, Faithwriters Gold Seal of Approval – Outstanding Read, Books and Authors Best Non-Fiction Book and Excellence in Literature awards and is a medalist in the New Apple Award for Excellence.

Debra is now working on “Brave Heart Woman,” third in the “Cedar Woman” series, “Memories of an Old Farm House,” a micro memoir about her memories of her family’s ancestral farmhouse situated on a hill across from Serpent Mound in Southern, Ohio and “Christopher’s Family Table,” a cookbook featuring recipes from Chopped Champion Christopher Thames and Chopped Champion Junior, Daniel Kligmann.

I can’t remember a time when I didn’t want to write. As a child, I was always scribbling away on themes and vignettes drawn from life around me. At eleven I began to write poems, and later essays. I worked on my high school newspaper and the writing bug, which had bitten me at such a young age, became ravenous. It was then that I realized that I wanted to be an author.

In my early twenties, I wrote my own newspaper column in “The Fairfield Leader,” and later for various newsletters, one of which I created, wrote and edited for the League Against Child Abuse titled “The Parent Connection.” It consisted of various safety articles, such as “Halloween Safety,” and information about the various festivals and activities in Ohio, which parents and their children could attend for free or very little cost. I also worked on a coloring book and slide show, complete with a hand puppet for the story of a very special cat with a beautiful tail that everyone wanted to pet. In the story, he learns how to tell people not to touch his tail without his permission.

In my thirties I began working for American Electric Power, and there I wrote various safety articles and scripted and acted in two safety films.

I retired early, at age 38 in order to adopt. After many failed adoptions, we were finally blessed with a beautiful baby boy whom we named Christopher. As a stay at home mother, I was able to indulge myself even more with what I now knew was a multi-generation talent, descended, I found out, from generations of writers and poets. It was then that I wrote the article “Your Son is Incapable of Learning,” which was picked up by” USA Today,” an excerpt from my memoir “Son of My Soul – The Adoption of Christopher.” Since then, I have written nine novels (and still counting) and have won many awards of which I am proud.

I live in central Ohio with my husband Mark, a retired attorney, and my son Christopher, 25, who is majoring in Digital Photography. Chris is the light of my and Mark’s lives. As an interesting twist, upon DNA analysis in 2011, it was discovered that Chris and I are, not only 4th, but 7th cousins as well. How’s that for irony!

Five stars are not enough for Debra Shiveley Welch’s Circle of Time. An accident in the Bermuda Triangle throws Bridget (Bridge) Littleton through time. She awakens in the home of the Lyttleton family, her own ancestors, in the year 1532 near Bristol, England. Thus begins a fascinating alternative history story of love, mystery, intrigue, life and death in the court of King Henry VIII. Ms Shiveley Welch deftly interweaves a handful of themes, from the ‘butterfly paradox effect’ of time travel to… END_OF_DOCUMENT_TOKEN_TO_BE_REPLACED

“Debra Shiveley Welch is a master storyteller.  I find her writing to be very much on the order of what is considered, in old terms, a true storyteller, one that takes the nucleus and expands  it to take on all the senses — I can see what she sees, hear what she hears, smell and taste what she smells and tastes. Most importantly, though, I feel what she feels.”